Q & A with Rebecca Kirshbaum 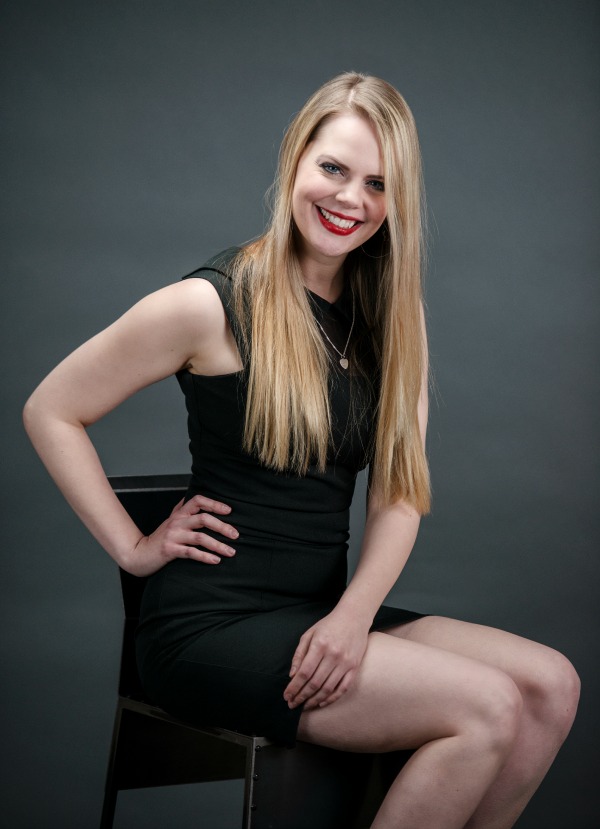 Rebecca Kirshbaum is the playwright for our next Open Mondays production, Plumbing. Tickets are free, but require reservations.

What is Plumbing ? Tell us a bit about the story.

Plumbing is a play about Tyler, who was raised in the South as the son of a preacher. The story follows Tyler as he formulates his plan to fly to Thailand for the operation that will make him physically into the woman he already is on the inside.

I think if this play is about anything other than Tyler, it is about love. Love is so complicated. As Tyler’s family, his best friend, and his boyfriend all grapple with Tyler’s decision, we see the different ways love can manifest.

Love is sometimes selfless and beautiful – and that unconditional love sometimes comes from the people we least expect it to. It isn’t always pretty like that, though. We as human beings like to think differently, but love is sometimes so judgmental and controlling, it resembles hate.

I really think my opinion on the matter of love shines through, and makes Tyler’s story powerful. Of course, I personally love Tyler, and in my mind, he’s a real person. So, it breaks my heart that he feels so trapped in his own body. I just read back over the script a few days ago, and I’m embarrassed to say I made myself cry. It had been about six months since I read it from beginning to end, and I caught myself off guard by how raw the emotion of the characters is. I’d forgotten how intense the story was!

Who is this story for?

In many ways, I was very sheltered growing up. It wasn’t until college that I even met someone who was part of the LGBT community. At twenty-two, I’d never even heard the terms “gender identity” or “transgender.”

I wrote this story as a result of a fireside conversation I had with my mentor, Michelle Belanger. I remember how outraged I was at some of the stories Michelle told me about the unfair treatment of her friends in the transgender community. As Michelle began to introduce me to her friends, my world was rocked in this amazing way. As I began to hear how brave they had been in the face of adversity, my sense of social justice kicked into hyperdrive, and resulted in a passionate story that involved a rubber ducky in a baptismal.

So, this is for those people. For people who are brave.

Of course, I wanted the story to also be about those people who love unconditionally.

Why is it important?

I think perspective is important. We live in this global, and extremely connected, world. We are constantly learning new things about what it means to be a human being, and with so much information at our fingertips, we’re more aware than ever that one person can never know everything. Despite this, some people still try to see the world in (whatever their version is of) black and white. But, more than ever, I think people are learning that the world is filled with lots and lots of shades of gray, and that is so, so, so important to have empathy for others.

Beyond that, I think everyone can relate to Tyler’s struggle. At some point in their lives, everyone has felt cornered or trapped by something they had little control over.

Ultimately, I think Plumbing shows that people are not what they are going through. People are so much bigger and more complicated than that, and it isn’t fair to see people merely for what they are grappling with.

Tell us something we don’t know about you from your resume/bio.

I think I was twenty-one when a professor said, “No one will care about what you have to say until you’re older. Probably thirty. What could a twenty-something possibly have to say about the world?”

One thing that is a little stereotypical about my Kentucky brain is my stubbornness. It is an inherited, Appalachian trait. If you tell my mamaw to stay seated, she immediately stands up. If you tell my mom she can’t go somewhere, you can expect her there within the hour.

That professor did me a favor by telling me I couldn’t do something. I’ve been trying to say something that mattered ever since.

What has surprised you most about working on this show?

I think at first, I was most surprised that my writing resonated with people. I’m very critical! Not to mention, I’m a writer – and that means I professionally get rejection letters in my inbox. I was so touched when people began to say that they laughed and they cried with Tyler. After that, I was surprised by how much I learned about me through the whole process. I didn’t know my writing was so emotional, but it totally is. Looking back, after having let Plumbing sleep for a while, I realize my writing comes from this deep pit of passion I didn’t even knew existed! The words of Plumbing are so passionate, and I didn’t even notice until Diversionary became my new BFF and chose to include Plumbing in the Open Mondays line-up.

How does theatre inspire you?

Theatre is just this awesome soup of creative energy, and everyone involved – whether it is the audience, or the actors, or the director, or the producers, or the sound people, or the lighting people – EVERYONE is swept up into its heat. I LOVE THAT. I love being immersed in that energy. If theatre is a good soup, then it is filled with Vitamin C and protein, and just a little taste makes my creative brain function healthier.


What got you involved in theatre?

In middle school and high school, I acted in community theatre productions and in high school plays. I played a very sexy Van Helsing in high school, FYI. I’ve since become much more introverted, and the idea of being on stage myself makes my stomach turn with pure terror. Actually, my face is already red just thinking about it.

At CSU, as part of my MFA in Creative Writing, I took some playwriting workshops. That is where I realized that, for me, there’s something so personal about writing a play. Plays are experienced differently than books. Books are usually read in a person’s head. Plays are read aloud. I remember that I specifically liked that the words of plays are read aloud.


Where do you see yourself in ten years?

Happy! I’ll have a Great Dane, for sure. I’ve always wanted a puppy. I’ll have a husband or a live-in lover. Hopefully, I will also have a permanent place of residence. Living in an old victorian house would be amazing. In ten years, I’ll probably have finally given up couch surfing, which is what I’ve been doing since graduate school ended.

Beyond that, I hope to have established myself professionally as someone who writes words that matter.